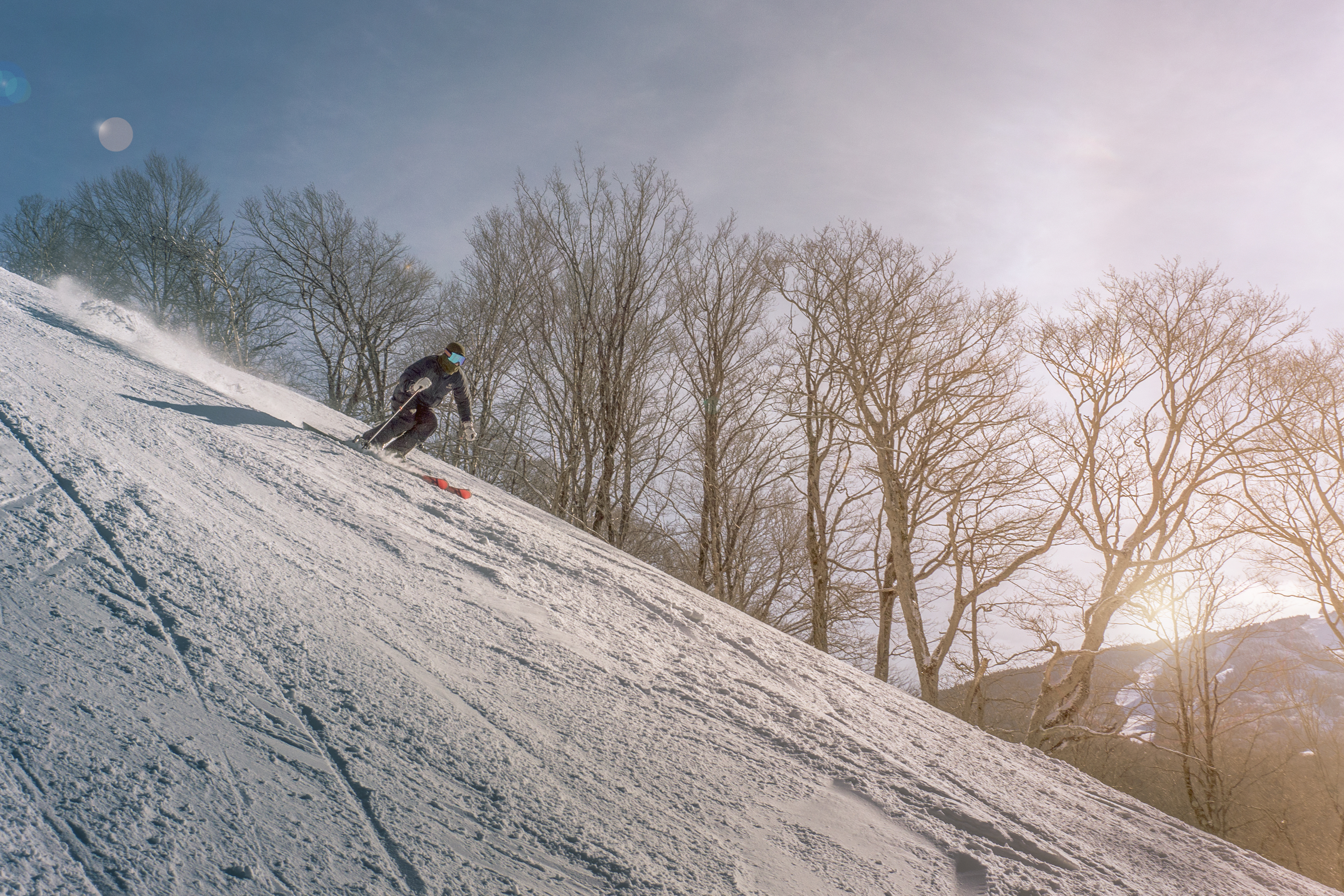 Every January, ski shops get early access to next year's gear and equipment. The rate of innovation in the ski industry is accelerating and can get overwhelming. We are here to make that confusion a little more manageable. If you are in the market for new skis, this preview list can help you pick the perfect skis of next season and get on snow before everyone else!

Perhaps the most unique ski we’ve seen in a long time. The Line Blade is a new class of carving ski, diverging away from the narrow in favor for an innovative shape. Featuring a 154-mm tip and a 95-mm waist, the Blade’s shape is perfectly suited for carving. Shockingly, the Blade has a 13-meter turning radius. This is extremely short for a ski this wide. Carves are extremely smooth and easy to engage. Perhaps the most interesting aspect of the Blade is that you can change the turning radius without sacrificing edge hold. A 20-meter turn is just as easy and fun as the 13-meter radius. While the Blade might be the "black sheep" of the ski industry, it’s performance is excellent and the fun factor is off the charts.

Ever since Salomon introduced the QST they’ve been a big hit with all types of skiers. It’s no surprise they’re so popular - with a lightweight poplar wood core and carbon/basalt laminate construction, the QST provides a healthy mix of stability and playfulness that appeals to a wide variety of skiers. The 2021 model remains the same as last year, which is just fine with us. The edge hold and carving ability of the QST is almost unmatched in this category. When carving, the QST feels like a race ski. When skiing steeps or big mountain, the ski feels stable and able to conquer anything. If you are looking for a quiver of 1, the Salomon QST line of skis might be your best bet. 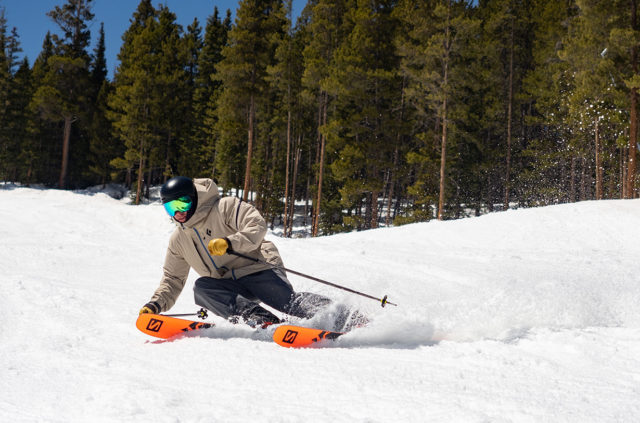 The 2021 Kore 105 is back for another year, bringing the same “send it” attitude that freeride skiers love them for. With a core made up of Graphene, karuba wood, Koroyd, and carbon, the Kore 105s are super light, but still have the strength to charge through crusty East Coast chunder, and the stability to crush big mountain runs out West. The Head Kore is one of those unicorn skis who's weight is similar to a touring ski and who's performance is similar to a big mountain shredder. Combining the best of lightweight materials and superior performance, the Head Kore is still an absolute all-mountain shredding machine. 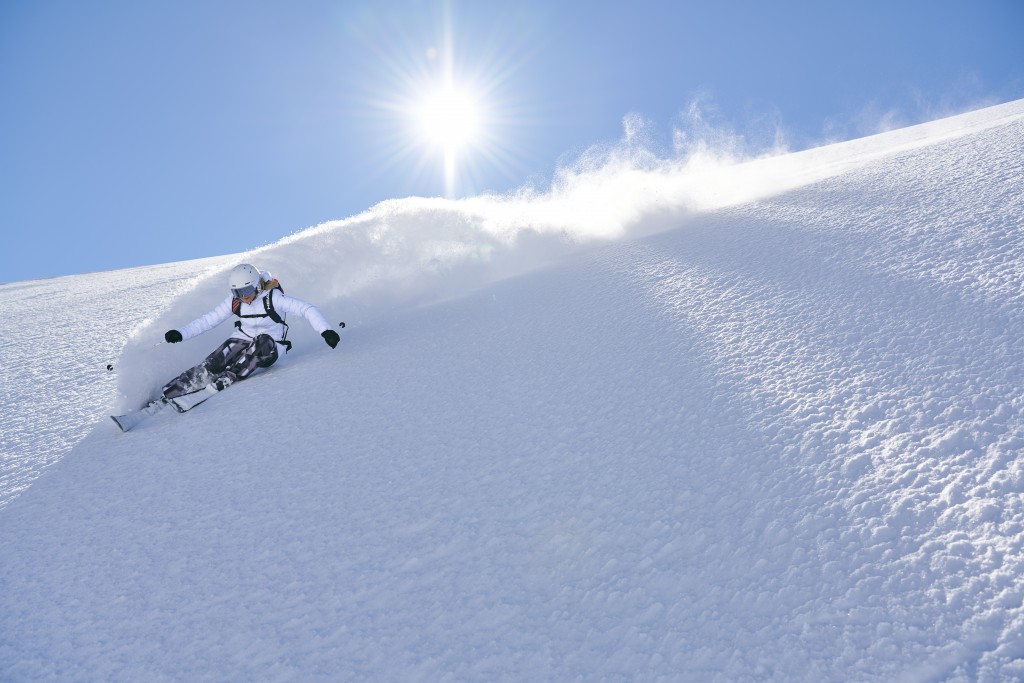 The Atomic Bent Chetler 100 is back for another season with a new graphic and the same playful characteristics that have made them a classic. The thinner 100mm underfoot means it can hold its own on groomers while still being able to float through powder, and makes it a great “do everything” ski. The Chetler 100 has been known to shred more of the mountain than any other ski. Touring, park, pipe, and groomers are all on the menu for the Chetler. There are not too many skis that can double as both a touring and park ski - but the Chetler 100 is one of them. 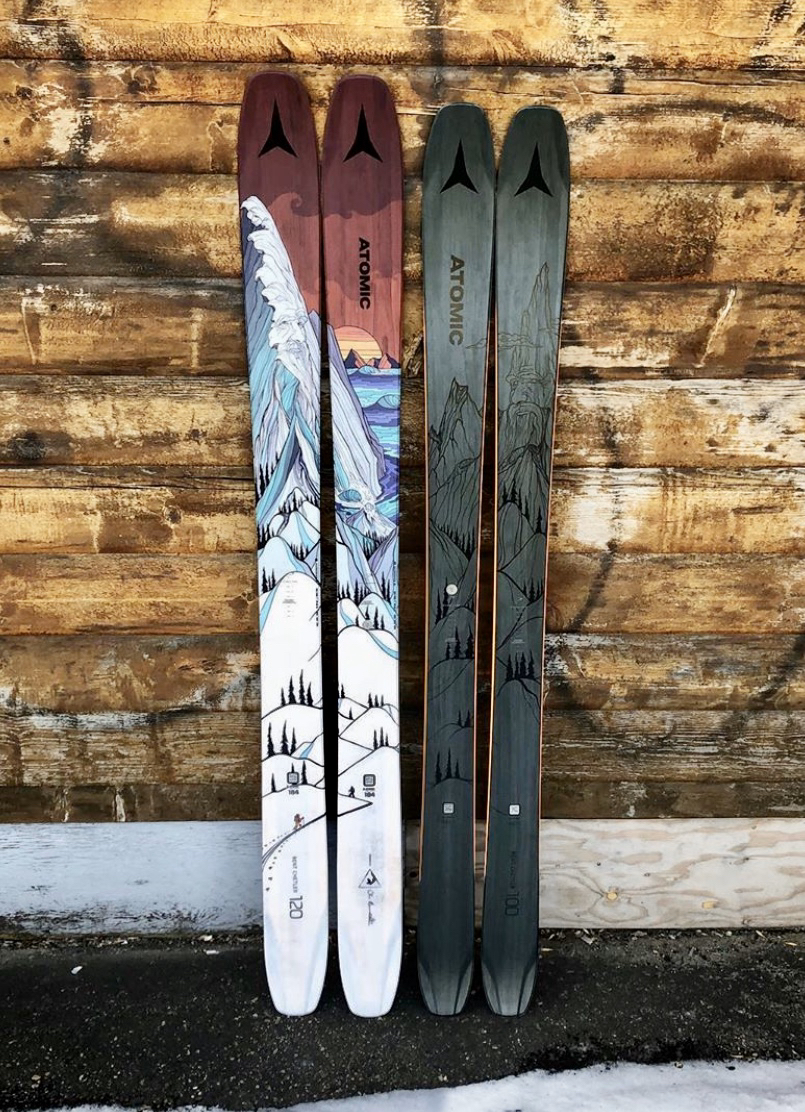 The K2 Reckoner replaces the K2 Marksman. The Reckoner ditches the asymmetrical side cut that defined the Marksman. However, a progressive rocker profile and full wood core still allow the Reckoner to be super fun and playful. A braided core make reduces all chatter, which allows the Reckoner to carve in hardpack. If you are looking for an all-mountain ski that’s a bit wider and more fun than your average ski, the Reckoner 102 or 112 might be the way to go. 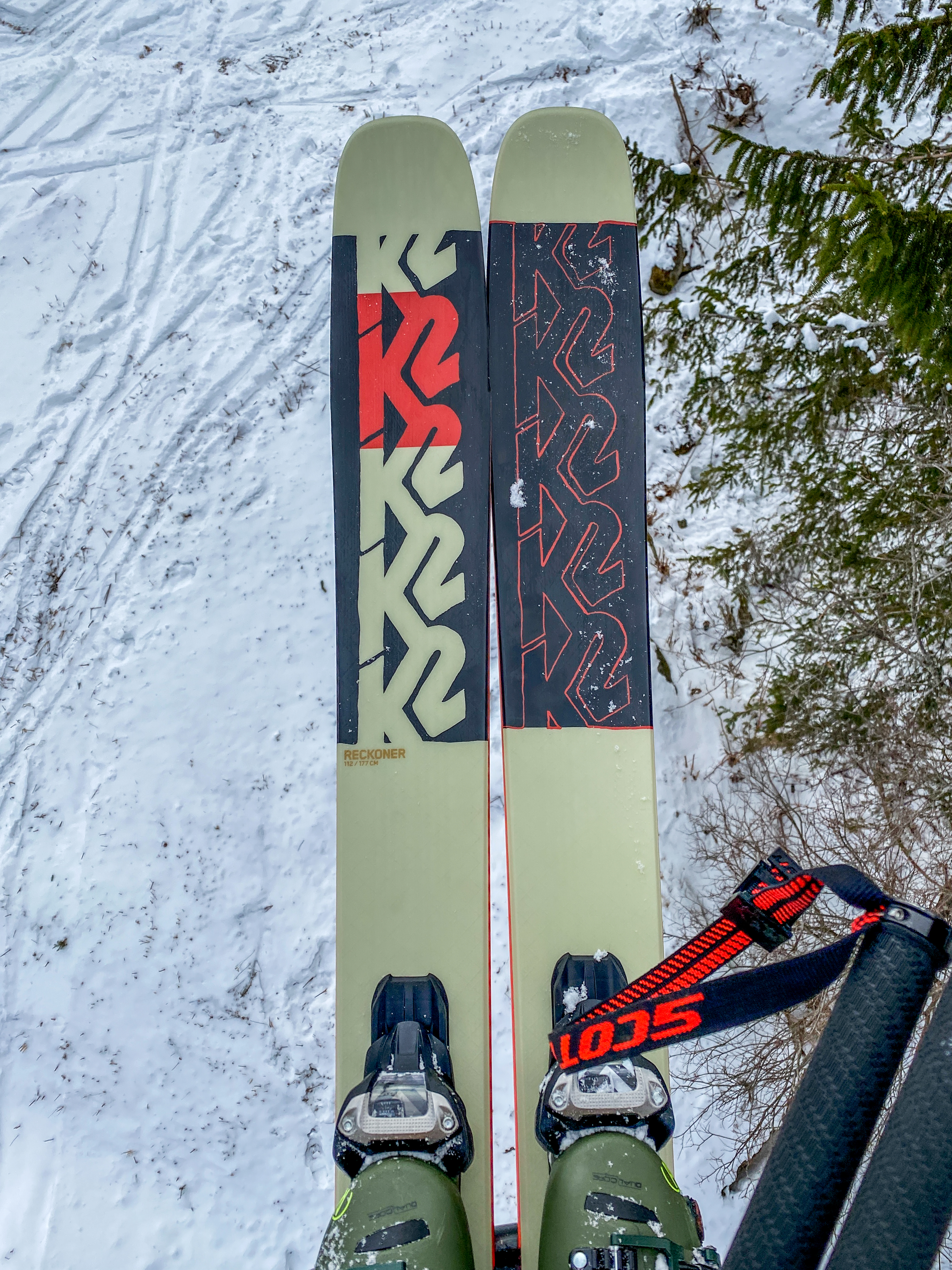 The ARV 106 was one of the more surprising skis we’ve demoed. We expected it to be a fun, soft, and more freestyle oriented ski. After all, that’s what Armada does best. While we did find all of these characteristics to be true, the ARV 106 is also ready and able to carve. The edge hold on the ARV 106 is excellent and a short turning radius allows for surprisingly energetic carves. The ski is largely the same as the 2019 ARV. However, this year ARV 106 adds a Smear Tip for improved buttering. This is similar to the tip that’s on the current year ARV 116 JJ. As an all-around mountain shredder, the ARV 106 excels in almost all aspects. 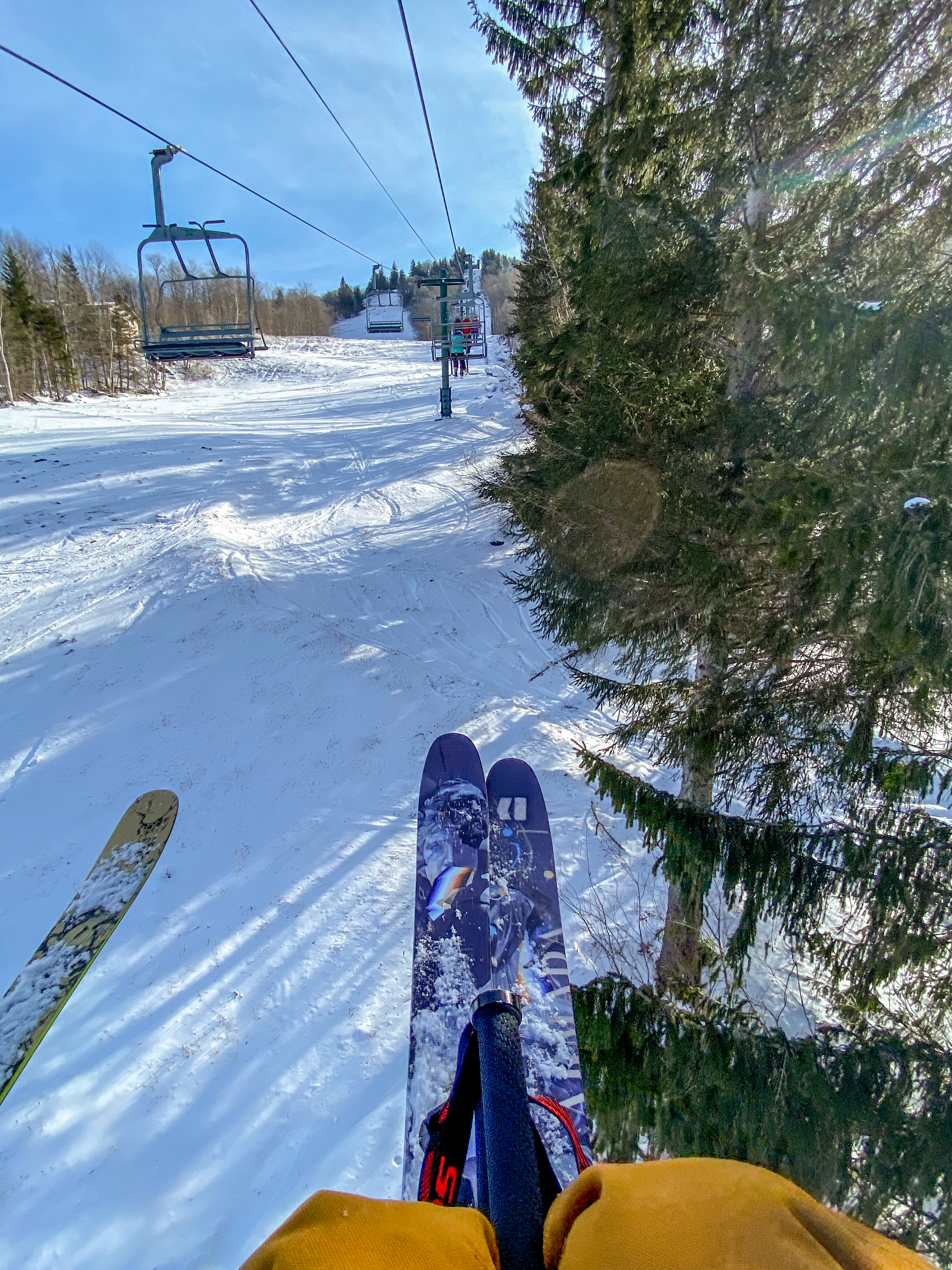 The Rossignol 7 line (Sky 7, Soul 7, Super 7) is perhaps the most popular ski line of the past 5 years. But it’s getting a little outdated and is due for an update. Enter the Rossignol Black Ops Sender, which replaces the outgoing Soul 7. While you’ll find the same ease of use, softness, and accessibility, the new Black Ops Sender has another level of performance above the Soul 7. The added performance of the Sender is welcome, as the Soul 7 was missing that expert element. A Paulownia wood is great for taking it easy but the Sender adds a carbon insert, thus increasing the performance of the ski. As a whole, the Sender remains the same accessible ski as the Soul 7 with an additional level of performance.

The 104 trend continues with Volkl’s new Revolt 104. The popularity of the Revolt 121 and some competition from other brands spawned the Revolt 104. The Revolt 104 is a smaller and more versatile version fo the 121. Featuring the same multilayer wood core as the 121, the 104 is playful and powerful. The 104 is VERY snappy. You initiate a turn and it goes. Despite not having any metal in the core, the 104 can still plow through anything you throw at it. As an overall mountain ripper, the Revolt 104 is at the top of the game. 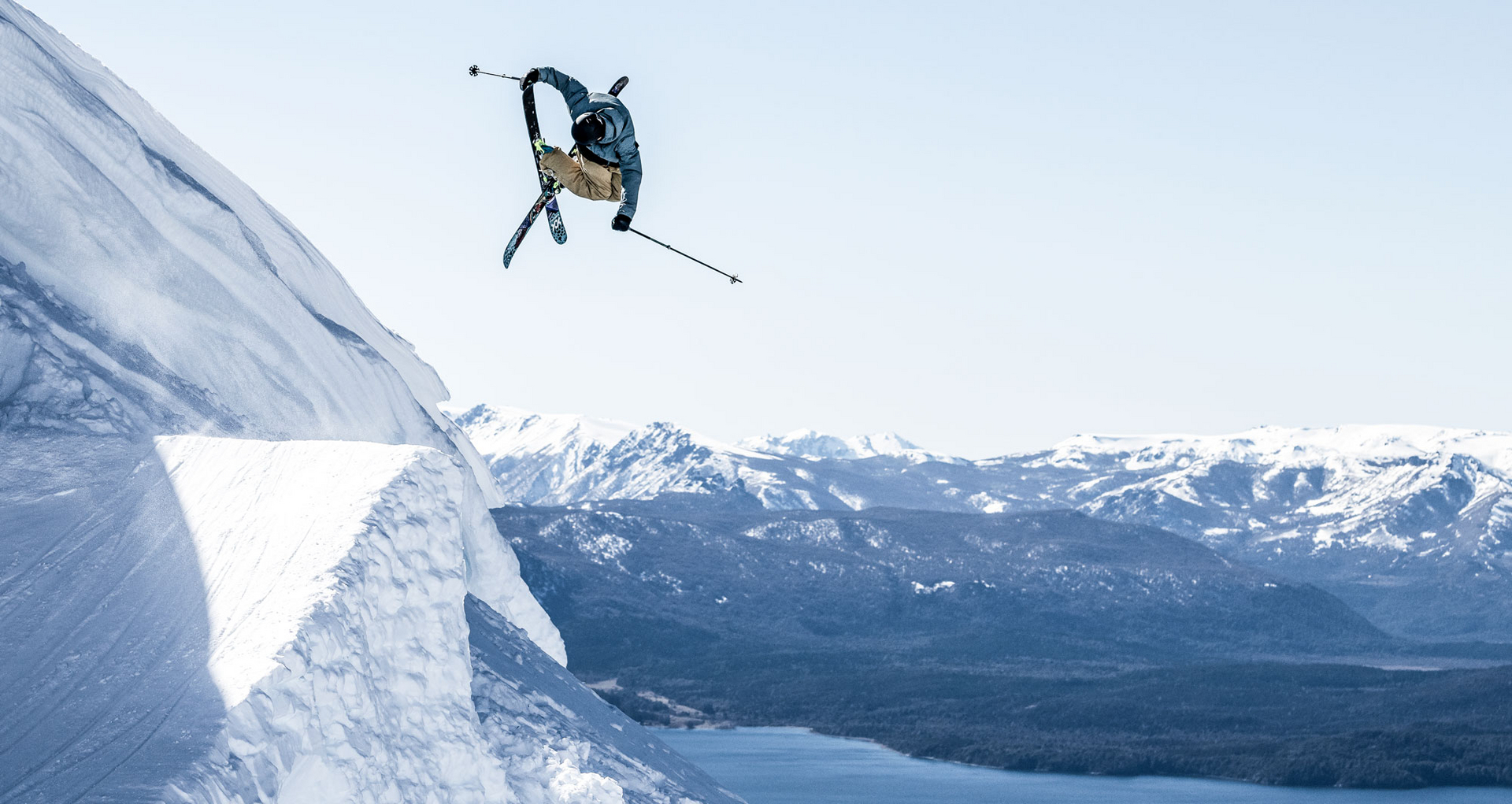 We can see why they made a movie about this ski. Big, burly, and able to tackle anything, the Revolt 121 is great for big mountain and powder skiers. While we knew this ski would be able to float in powder and slash big lines, what we discovered is that it’s actually fairly nimble for such a large ski. On groomers, the 121 makes turns equivalent to a GS ski, about a 21 meter turning radius. While not the shortest radius, for a powder ski 21 metes is really good. They want to go fast and they want to have fun. If you are in the market for a powder ski that can also hold it’s own on groomers, the 121 might be your best option. 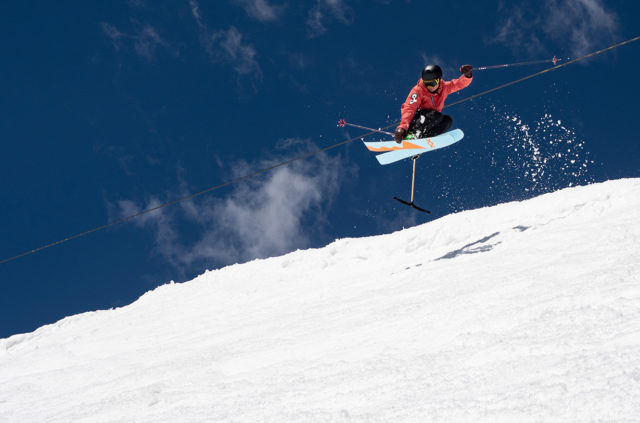 The 2021 Storm Rider 105 remains unchanged from last year, and provides skiers with a solid ski that inspires confidence at any speed. Whether you are smashing high speed groomers or just making some buttery turns in the powder, the 105 is a great size for advanced skiers who like to do it all.